Before going much further, it’s important to nail down some terminology. A good place to start would be establishing the meaning of the word truth. There seems to be little point in talking about something if we don’t agree on what that something is. 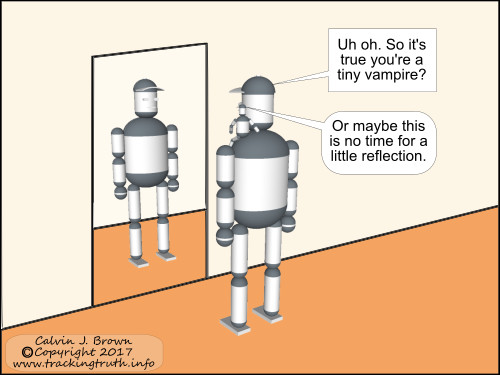 In common speech, truth and its kin are used quite liberally:


To have a focused and useful discussion about truth, we’ll need to find a more precise meaning to work with than these examples provide.

Here in my office at home, I have a small collection of dictionaries—over a dozen general purpose ones. I didn’t ever intend to collect them, they just seemed to increase in number over the years. As long as there was shelf space, there was never any reason to throw any out. It probably didn’t help that we erected more shelves a few years ago.

I even have a couple of favourites. One is a family dictionary I grew up with: The Consolidated Webster Encyclopedic Dictionary: A Library of Essential Knowledge.1 It was published in 1953 and comes from an era when printed volumes could seek to be somewhat comprehensive references. The book is about 4 inches (10 cm.) thick and, beyond being a general dictionary, includes sections on business and finance concepts, business law terminology, medical terms, biographies of famous people, maps and descriptions of countries of the world, as well as several pages of meticulous, colour drawings of North American plants and animals. It seems to have tried to be an all-purpose reference for your home. When it was published, countries such as the U.S.S.R. existed, and others such as Ukraine and Estonia were simply republics within it. It’s also from a time when Las Vegas (now with almost 600,000 residents) wasn’t even listed in a table showing U.S. cities with a population over 100,000.

Another favourite (Warning: shameless self-aggrandizement ahead) is the 1997 edition of the Gage Canadian Dictionary.2 The explanation for this one: I had a small role in its creation. Back in the early 90’s, a friend and I had the opportunity to update and expand all the computer terms found in its predecessor. Unfortunately, it’s rapidly becoming as dated as my 1953 Webster. And don’t worry, I’ve stopped showing it to everyone who visits.

As fate would have it, I now rarely use any of my hardcopy dictionaries. That’s certainly not because my brain has absorbed all they have to offer. Rather, technology has quietly shuffled them off into near-obsolescence. Now, I almost always use online dictionaries. Oh well, the ones on the shelves make great decorations and, still occasionally, conversation pieces.

Enough meandering. It’s time to get to work. I’m hoping you’re awake and alert, this might be a wee bit picky and precise. If you’d rather skip the details, scroll down to the bottom for the final result.

Here’s a sampling of definitions for truth from a few online sources:


And since these definitions seem to hinge on the notions of fact, here are some of its definitions:


And then there’s reality and being real. Here are some definitions of real:


Of course, there are other subtlely different definitions presented at each of these sites, but these will suffice. For purposes of this blog, the meaning of truth is going to be that suggested by these definitions. Truth refers to things or events that actually exist now or existed in the past. A statement about a situation, an event, an object, or a person represents the truth if it is occurring or exists now, or occurred or existed in the past, exactly in the way that the statement asserts. So, as long as they represent factual statements about reality, these statements can be true:


Note that this definition of truth doesn’t include potential future occurrences or circumstances. For example, one cannot correctly speak of the following statements as being true, because they haven’t yet occurred:


These won’t be considered as true because they haven’t yet occurred. They might be good predictions, they might in the future become true, but they aren’t yet true. However, there are often variations of such statements that would qualify. Consider:


In this case, because the belief exists today, the statement can be true, even though the prediction about the anger cannot yet be.


Since the forecast exists today, you can talk about what the forecast truly says, but you can’t yet declare whether its prediction is true.


This can be true since what Ruth said has already occurred.

This notion of truth also excludes opinions about the past, present, or future. For example:


These aren’t statements that can be said to be true, because they express opinions and are not statements of objective fact. That these reflect someone's opinion can be true, but the statements themselves would fall within the notion of a belief. More on this idea later.

So, to recap, for our ongoing discussions in this blog…

A statement declares the truth if:


If a statement is about something in the present or the past, it could be asserting the truth (i.e. it’s the type of statement that’s eligible for consideration). Whether the statement represents reality accurately is what will then decide if it’s actually asserting the truth, and that’s where the challenge usually exists.

OK, all done. I’m hoping that helps establish a better foundation for some future discussions.