The Truth about Post-Truth

Last week, I provided a definition for truth. I had intended that this week’s contribution would extend that discussion to include the concept of belief, but I decided a slight diversion might be useful…

A friend pointed me toward a podcast recently, just prior to my driving to meet him for lunch. In case it proved to be good fodder for conversation, I listened to it while driving into the city. That was a mistake: Not the choice of podcast but rather my listening to it while driving. 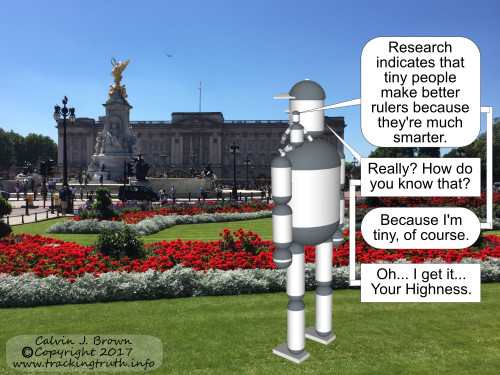 The podcast was produced by Canada’s CBC Radio folks as part of their Ideas program. It was entitled “The Truth about ‘Post-Truth.’”1 Clearly a catchy title if you’re someone blogging about truth. I confess I was expecting to hear variations of ideas that I’d already considered but was expecting nonetheless to enjoy hearing someone else’s version. I got some of that, but I also got a fascinating dose of other ideas that I’d never contemplated. The mistake part of this was that, as I was driving, I had no way to write down the new ideas I was hearing. At the end of my drive, I quickly settled myself with a cup of coffee in a restaurant and, since I was early, tried to capture some of what I’d heard. That my memory isn’t as flawless as it used to be (but, of course, I can clearly remember it once being flawless) certainly hindered my ability simply to transcribe the podcast’s words, but the ideas remained. I’ve since re-listened to it to ensure I wasn’t far off base. Here are some ideas sparked by the podcast, but filtered through my own memory and re-packaged by my interpretation.

The podcast generally is about how it seems that we have entered a time where “facts have become malleable, subordinate to feeling and opinion… and, more and more, truth is what you make it.”

The most startling idea I heard was a convincing argument of the importance of truth in a democratic society. Not completely new for me. However, the notion was that a democracy, as we’ve come to know it in modern western societies, “cannot exist without an informed citizenship” that comes from us collectively caring about the truth. Cannot exist? That caught my attention. The point was that styles of government can be viewed as being of two types. Democracies rely on their citizens' caring about the truth (e.g. about events and history and people and statements). Autocracies (i.e. dictatorships) rely on their leaders' telling the citizens what to consider as true and on citizens accepting it unquestioningly. In autocracies, leaders tell people what to believe about historical events, guilt in a trial, or where the nation’s money is being spent, and people accept that as the truth because of the power that their leaders wield. The proposition is that caring about the truth and deferring to power are in opposition to each other. If you defer to the powerful and simply accept what they say, you are in or are drifting into a dictatorship. For a democratic society to exist, people have to care about collectively debating and discussing what is and what isn’t and, beyond that, what should and what shouldn’t be. It’s society’s interest in discussing and knowing the truth that keeps leaders reined in. If too many people stop caring about the truth of what they’re told, then they’ll eventually be fed a steady diet of nonsense. If you lose interest in knowing the truth and become content with accepting invented facts from political leaders, then you should expect that your ability to usefully analyze what you hear and to cast a meaningful vote will ultimately drift away.

It’s hard not to think about the relevance of this idea as we watch the competition for truth playing out in the United States. Are we witnessing an extraordinary difference of opinions and style between political factions, or are we seeing the beginning of the end of one of the world’s oldest democracies?

Another podcast topic involved speculating about causes of the current apparent disinterest in truth—our so-called post-truth era. One idea was that it’s a by-product of the Internet making massive volumes of information immediately accessible to us. I believe the problem raised is that this discourages people from ever personally trying to master topics. Why analyze anything to form an independent opinion when there’s so much information to absorb, or when someone else’s opinion is just a Google search away? Information can be uncovered as easily as a quick search of Wikipedia or IMDB. Brief quips about anything from news to nonsense can be found by the thousands by scrolling through Twitter.

Another suggested cause of our disinterest in truth included society’s expectation that everything needs to be entertaining. If it isn’t coming from a celebrity, if it’s not humorous, if it’s not a game, if it’s not being presented in a witty or action-packed fashion, then it’s not worthy of our attention or our time.

In general, the suggestion was that society is losing its patience for spending the time necessary to understand and absorb anything other than simplistic information and for spending the time to analyze anything to discern its truthfulness. I’m not sure the argument is completely sound, but it certainly provides food for thought.

That and more was a lot to ask me to absorb and consider while trying to drive safely through city traffic. Amazingly, I arrived without incident. Since I couldn’t recall much of the drive (a phenomenon I think is fairly common), I attribute my safe arrival to the amazing and mysterious capabilities of my subconscious mind to handle driving details, while the conscious part focuses on other matters. Following the correct route. Handling traffic lights. Avoiding other vehicles. Everything seemed to have to have worked well, but then would I know if it hadn’t? How does that work? A great question for which I don’t yet have a great answer. Nonetheless, just in case my subconscious doesn’t always hold up its end of the arrangement, I can’t help but wonder if podcasts should come with a warning: CAL, THIS ONE’S INTERESTING. TURN IT OFF OR PULL OVER. NEVER TRY TO THINK AND DRIVE.

The idea of belief is queued up for next week. I hope you’ll be back to join me.